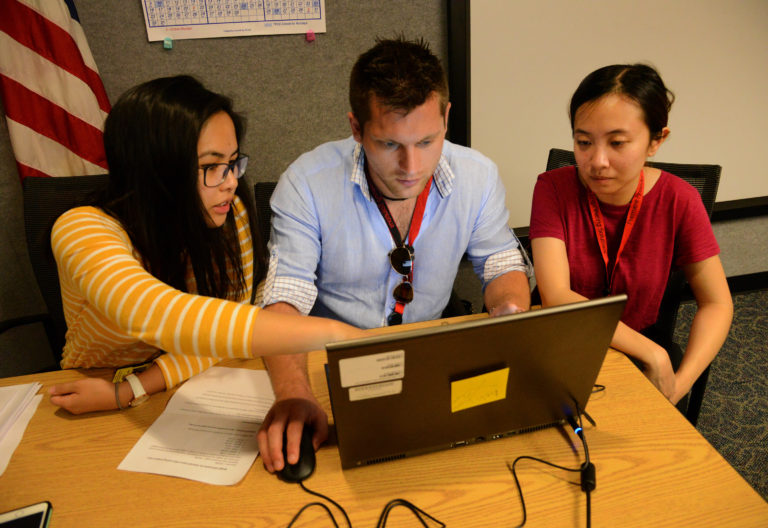 My university studies have always been based on video games. Some time ago, I started a Degree of Video Game Development without even knowing what programming meant. What I truly wanted to learn was about game art. I then finished the degree with a moderate knowledge on programming, which proved to be insufficient once I started U-tad’s Master’s Degree in Game Programming. When I completed my degree, I thought I could understand what it meant to be a game programmer, game artist or game designer. However, I must admit that, in those days, I missed the main point of game development: making a game is all about teamwork.

I am now professionally focused on game programming. Such are the twists and turns of life! As a game programmer, I sometimes forget what designing or making art is—which is a common mistake in multi-departmental teams. Anyone could think that developing a video game is like constructing a complex product in an assembly line, but this is not the case at all. A failure coming from any of the departments within a game development team deeply impacts the final product. The jobs of the Game Art, Game Design, and Game Programming teams are not to merely make graphics, design fun, and type lines of code, but to jointly craft a video game.

As every game developer’s responsibility is to ensure that players enjoy our games, it is part of our jobs to achieve this synergy between our Art, Design, and Programming departments. Design improves its ideas thanks to the feedback provided by other departments, Art develops a style agreed by the whole team, and Programming lands Design’s ideas and mechanics, optimizing its overall performance.

We clearly need each other. We all are game developers. The only difference is what each department can do for the game. It is only natural that, within Nuclear Toaster, our three departments ended up participating in the work performed by the other ones. This is a multi-departmental team made right: one where departments sometimes kind of disappear for the greater good of making an awesome game. After all, although a game development team can seem to be formed by isolated worlds, we game programmers, game designers, and game artists are bonded by our shared mission of making the best possible game.